Sorry “X-Men” Fans, Due To Legalities Scott And Jean May Never Have Been Married At All?! 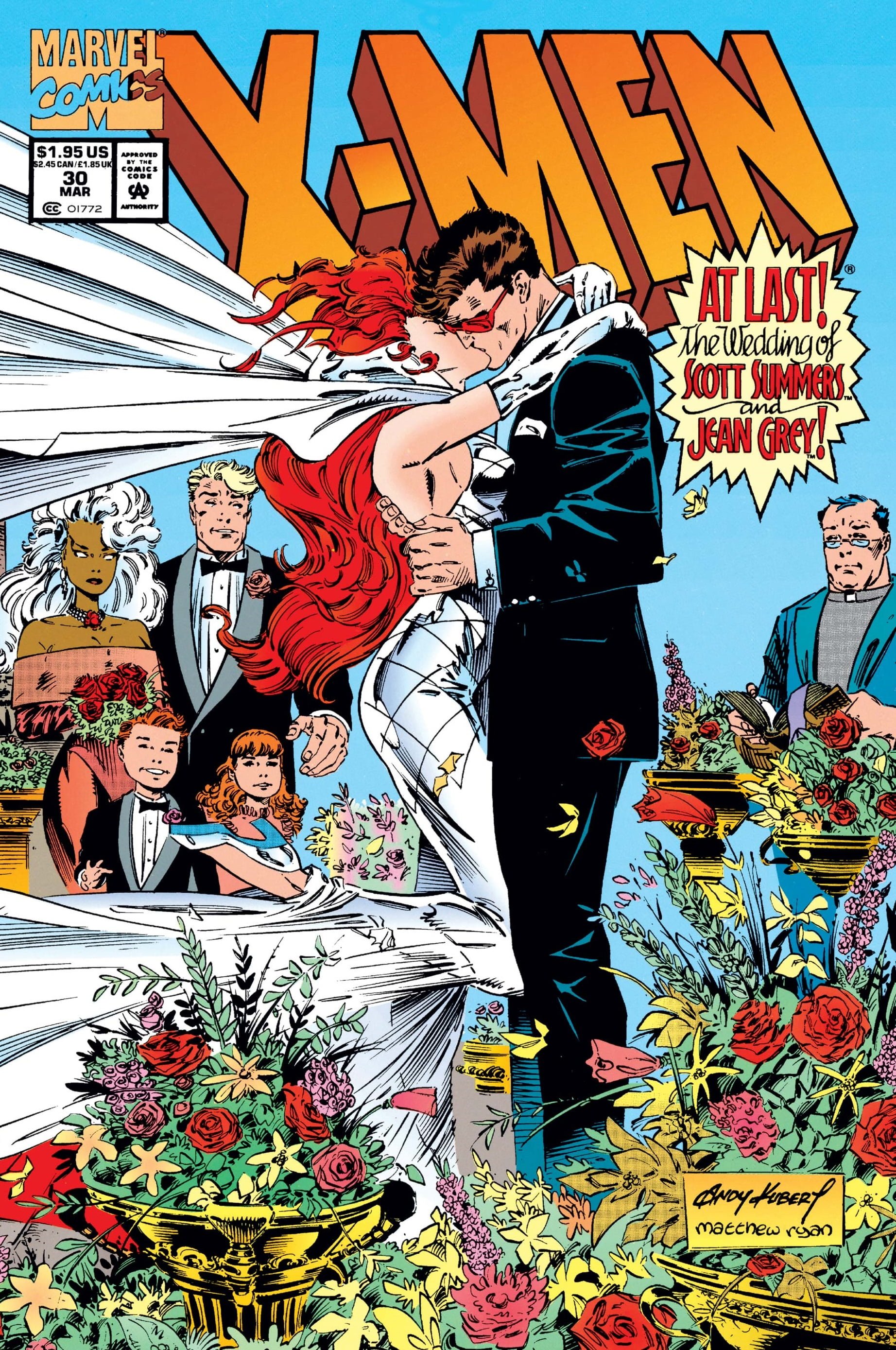 While the ‘Fantastic Four’ will always be Marvel’s First Family it is the fiery romance between Scott Summers and Jean Grey which drove many of the ‘X-Men‘ stories for years. In fact, the culmination of their love was finalized when the two exchanged vows in ‘X-Men’ #30 that delivered a wedding for the ages. Only, legally, it may have never happened. Thanks to deaths and cosmic character recreations and technicalities, the original Jean and Scott may never have actually gotten married.

This fun tidbit came from Chris Hassan of ‘Adventures In Poor Taste’ when he was able to ask the following:

“Before I let you go, I’d like to revisit death again… specifically, the “till death do us part” line in wedding vows. Scott Summers and Jean Grey may not be in the same reality right now–but they’re both alive in some form. Are they still considered to be married to one another or did both their deaths officially end their marriage?”

Now, Marvel’s Senior Editor Jordan White has delivered the news that could rock the most well-known romance from the “X-Men” by sharing that:

“Great question! I would think yes–their marriage was likely legally dissolved. Jean was pretty clearly dead for a while there, I am confident they had her legally categorized as dead and executed her will. Yes, she came back… but what matters is the legal status. Much like if a person is missing for a very long time and declared dead, their spouse is legally released from the marriage.

If you want to get even weirder when you think about it, there’s this: the wedding of these two people actually never happened. The Cyclops who married Jean died in issue #1 of Secret Wars. He was replaced by a recreated version who was created with the memory of having married her… but that event never actually happened. Has there ever been a ruling on the legal distinction between events that occurred and those that exist only in forged history and memory?”

When you have a moment to wrap your mind around all of that, it does mean that not only are these two fan-favorites not technically still married but they may never have been in the first place. At the very least, the two who are walking around in alternate dimensions may never have been.

Who knows, maybe we’ll see a version of this iconic scene re-created in ‘Dark Phoenix‘ in the last outing of the current iteration of the cinematic X-Men before Marvel Studios reboots the property.

Do you feel that the wedding between Scott and Jean still means the current two versions were at one point married? If so, would their numerous deaths and recreations have nullified their marriage in any way? Put on your Internet Lawyer caps and share your thoughts in the comments below, True Believers!

Alamo Drafthouse Theater Chain Bluntly Tells Parents ‘Joker’ Is “Not For Kids, And They Won’t Like It, Anyway.”