TV Recap: ‘Forever: The Man in the Killer Suit’

Final moments matter, but perhaps never more so than this formulaic episode, which concludes with a long awaited development for the series’ overall story arc. Events begin with an extravagant engagement party to celebrate a wedding sure to be even more lavish, as the groom hails from English nobility. Of course the groom, Colin Cavendish, shows up dead next the morning, his corpse propped against a fountain in the middle of Central Park.

Despite it being his day off, Henry can’t ignore such a case and quickly hops in to lend his aid. After only a few moments with the body, he discerns all isn’t as it seems.  Sure enough, it turns out Colin Cavendish does not actually exist.  Analysis of his small palate reveals the victim to be American, and a strange pattern in the wound suggests the stabbing was not created by a knife.  The suit of the deceased just so happens to be crafted by Henry’s own tailor, which leads him and Detective Martinez to their first significant lead.

While the tailor was unaware of the victim’s true identity, he is aware of the marriage and a registry for the couple is housed in the very same store.  A chat with the store clerk, Patricia Abbott, leads them to the bride-to-be, while Henry uncovers the identity of the deceased:  Dwight Dziak.

A short interview with Emily reveals she was completely unaware of her betrothed’s actual identity and security footage from her apartment clears her out as a suspect.  With the discovery of a torn up check for one million dollars found in Dwight’s pocket, Emily’s overprotective father becomes their prime suspect.

A visit to the father’s office clues Henry in to a struggle which occurred there.  It turns out Dwight revealed his identity after the engagement party and was going to tell Emily next.  This enraged the father and lead to him striking at Dwight with a golf club, but the boy evaded and left without further ado.  Eyewitness reports from dozens of employees rule him out of the murder, however, which leaves Henry and Jo without a suspect. 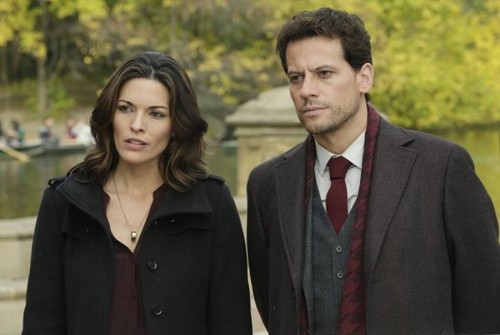 A sudden revelation concerning Dwight’s habits have Henry realize he had a partner-in-crime for his con job.  Following this trail leads them back to the store clerk, Patricia Abbott.  As it so happens, she was not only Dwight’s partner, but also in love with him, which gives them just cause to consider her as the potential murder.  Adding in her sudden disappearance does not help her case any.

While attending a funeral with Abe, Henry catches sight of Patricia following Emily from Dwight’s funeral and calls Jo.  The police quickly apprehend Patricia, but she too has a solid alibi during the time of Dwight’s murder.  Following a bunny trail around Emily they are finally able to uncover the killer’s identity.  Peter Guzik, the family lawyer and man who has long held a torch for Emily, wasn’t able to stand letting Emily’s heart be broken, and killed Dwight in a totally misguided attempt at chivalry.

Henry and company leave the police station comfortable learning some lesson of love and devotion completely absent from this tragic tale.  In the cab ride, though, things finally ramp up.  The identity of the cabbie is none other than Adam, the mysterious man who has lived as long (or longer) than Henry.  With a roar of the cab’s engines, this duo goes screeching off into the night with answers just on the verge of being uncovered.  Fingers crossed that this conclusion leads ‘Forever’ deeper into the dark territory it has only occasionally dipped its toes in thus far.

UPDATE: ‘Supergirl’ May Require A ‘Flash’ Crossover; ‘Legends Of Tomorrow’ S2 May Not Happen

First Look At Megalyn E.K. As Vixen On This Week’s ‘Arrow’

Syfy “Imagines Greater” By Hiring Executives For Its Unscripted Department