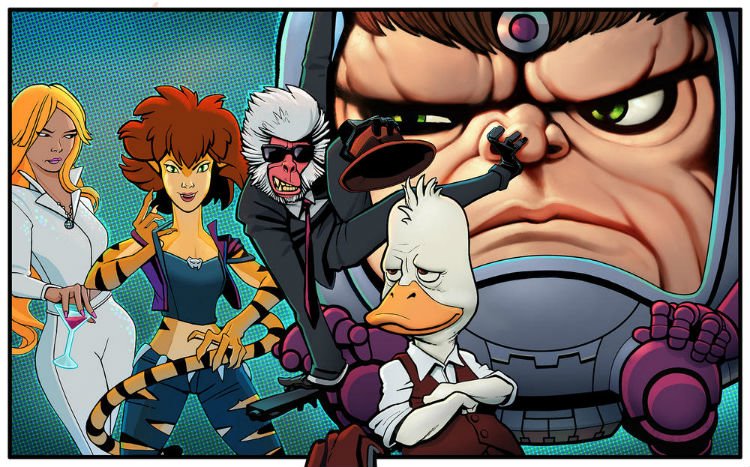 With Marvel Studios taking over the projects from Marvel TV, we haven’t had much to go on for Hulu’s animated ‘MODOK’ series though that is, fortunately, starting to change. At the TCA Winter Press Tour, there was a presentation on upcoming shows that are set to land on Hulu and during their panel, SVP of original content Craig Erwich gave some new insight as to what to expect from the series.

“I have seen quite a few episodes of MODOK, which I’m really excited about. Patton Oswalt is a lifelong Marvel fan and was obsessed with the character of MODOK. So, for him to finally get his hands on that character and for he and Jordan Blum to do what they always wanted to do with it, which is a whole new take and a very funny one, on what it means to be a comic book villain is really special. I’m excited to see that.”

There haven’t been many details since the series was first announced. Even this isn’t giving us much of a real update, but more of a suggestion as to the direction things will be heading. As one of the shows that were to lead to ‘The Offenders’ and give us an animated team-up, all we knew was the following:

Marvel’s M.O.D.O.K.’ centers around an egomaniacal supervillain with a really big head and a really little body, who struggles to maintain control of his evil organization and his demanding family. Writers Jordan Blum and Patton Oswalt will also executive produce along with Jeph Loeb.

It is good to know that Marvel Studios hasn’t entirely given up on these animated shows. As they aren’t live-action, it is doubtful that they’ll be up for the same kind of cancellations which you can expect from ‘Cloak & Dagger‘ and ‘The Runaways.’

Are you looking forward to MODOK? Do you think that this and the other animated shows which Marvel TV launched will have a long life ahead of them moving forward? Share your thoughts in the comments below, True Believers!

‘She-Ra And The Princesses Of Power’: The Best Friend Squad Takes On “An Angry Monster Worm Thing” In This S4 Clip

Dacre Montgomery Says A New ‘Power Rangers’ Movie Is On The Way, But With A Different Cast