‘Spider-Man: Far From Home’ Is The Most Anticipated Movie Of The Summer According To Fandango 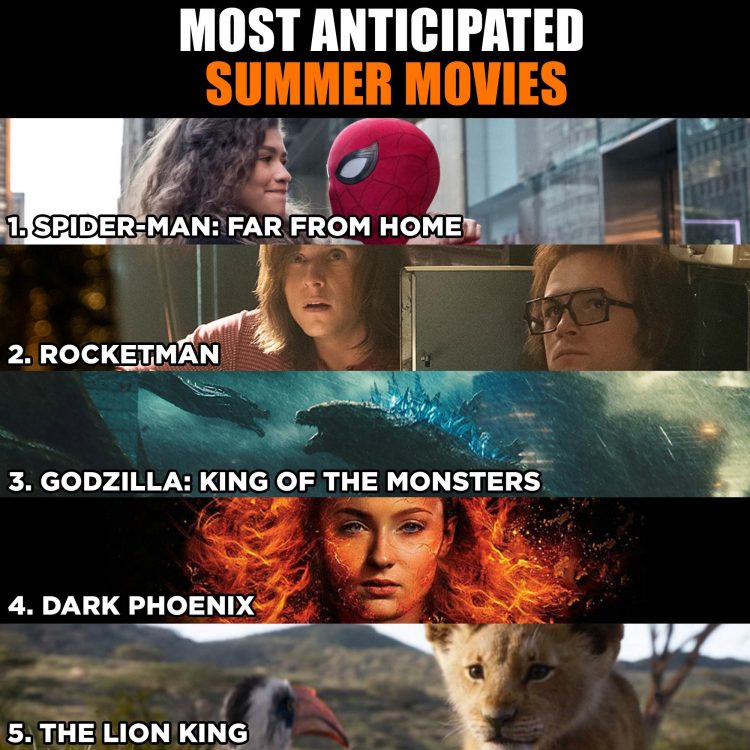 Everyone and their brother is crying that the comic book movie overload is real and yet not only is ‘Avengers: Endgame‘ still breaking sales records but now it appears that ‘Spider-Man: Far From Home’ is the most anticipated movie of the summer! That is according to internal polling of Fandango which surveyed over 2,000 moviegoers. As the self-proclaimed “ultimate digital network for all things movies,” moviegoers flock to their system to order tickets and fill out fun surveys like this one.

This particular survey polled audiences as to what movies they planned to see on the big screen between Memorial Day Weekend and Labor Day Weekend.

I’m pretty sure it should come as no surprise to anyone that The Wallcrawler swung into first place fresh off of being brought back to the land of the living in the final “Avengers” movie. Even if Spider-Man wasn’t one of the most popular Marvel characters of all time, this will be the true final ending to the first set of Marvel Studios movies and directly takes a look at how the world is recovering from the loss of Iron Man and having half the population brought back to life.

“’Spider-Man: Far from Home’ is the most anticipated film of the summer due to the amazing resurgence of Spider-Man as a fan favorite on the big screen, and because it follows the events of ‘Avengers: Endgame,’ one of the biggest movies of all time,” says Fandango Managing Editor Erik Davis. “It’s also a great summer for action fans with the return of Marvel’s X-Men in ‘Dark Phoenix’ and the epic monster battles of ‘Godzilla: King of the Monsters.”  With so many stellar choices each weekend, like the music-fueled ‘Rocketman,’ and ‘Yesterday,’” plus family-friendly titles like ‘The Lion King,’ ‘Aladdin,’ and ‘The Secret Life of Pets 2,’ we expect to see summer moviegoers spending more time at the theaters than ever before.”

‘Spider-Man: Far From Home’ also snagged two of the “most anticipated actors in summer movies” slots with Tom Holland and Zendaya snagging the votes.

You can check out the full polling results right below!

Do you agree with the Fanango survey on the most anticipated movies and actors? Are there any you would change or you feel are just completely off? Share your thoughts in the comments below!

‘Infinity Countdown’ Shares Why The Infinity Stones Are “Different Now”