As Christmas approaches, an unlucky cabbie is not met with good cheer.  Instead, he is deftly killed with a blade for no apparent reason.  The murderer then proceeds to take the vehicle as his own and forces Henry on the joyride which ended the last episode.  Events quickly spiral into chaos when Adam deems a show of his immortality a necessary measure.  This leads to Adam shooting himself in the head, the cab plummeting to the river, and Henry drowning inside it only to come back to life in the very same waters as usual. 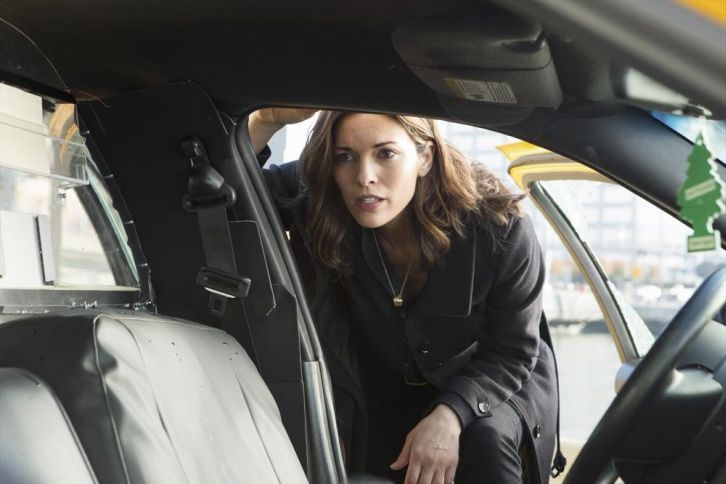 When a pair of cops have Henry arrested for this indecent exposure, he has a serious sit-down with the police chief over his increasingly odd antics.  Obviously, the body of the cabbie shows up in the morgue, forcing Henry to walk a balance of hiding his own forced involvement in the case and the need to find the killer and uncover his secrets.

Addressing these growing concerns, Abe attempts to convince Henry to let Detective Martinez in on his secret.  But those deep rooted trust issues from far in his past keep Henry from putting much trust in most people.

Instead Henry attempts to  retrieve an antique weapon for the crime scene. This haphazard effort leads to his second arrest for public indecency in the course of two days.  Concerned with his behavior, the chief demands he start seeing a psychiatrist… but this only serves to heighten his worries, as the session bring back memories of his torturous treatment at insane asylums back in England.

An address for the owner of the antique weapon leads the detectives to the second victim, who is found cut open and displayed with very precise wounds and incisions.  Taking a look at the pattern of the cuts, Henry makes a startling discovery: his own knife was used in the killing to set him up for the act.

Now, the decision he worked so hard to avoid ends up staring him right in the face.  With some major convincing from Abe, Henry decides to tell the police a version of the truth.  Despite his terrible lies and half-hearted method of expressing them, the department buys into it and dedicates an entire task force for the sole purpose of hunting this killer down.

In an extreme act of convenience, Henry’s new psychiatrist is the only person who holds the key they need to locate the real killer in time.  After a short chase and lock-down at the ward, the killer slips through their grasp.  But Henry returns home to find menace in waiting.

The killer lies in wait in Henry’s office, offering his sword to Henry in a plea to end his life. Confused over this turn of events, Henry ends up momentarily stunned.  In those moments of confusion, Abe returns home much to the surprise of them both.  A struggle for the weapon follows and ends with Henry taking the killer’s life purely in defense.

All this leads to a ‘twist’, which unfortunately, is quite evident in the first half of the show. Henry’s new psychiatrist, the man he reluctantly opened up to, just so happens to be the mysterious Adam who has been haunting him for months.  A pile of secrets as to the details of their immortality and many missing chunks of Henry’s life have yet to even begin to be answered, but a duel of wits and ways has begun between two master manipulators.