When thinking of Star Trek or Star Wars this past week, of course, J.J. Abrams is definitely taking the spotlight. Hopefully his Lost-ness can beam aside for a moment so both sets of fans can rejoice that scientists have actually been able to develop a tractor beam.

Yes, Trekkies, you read correctly. Scientists have been able to develop a tractor beam and unless I’m told otherwise these scientists are not employed by Starfleet. 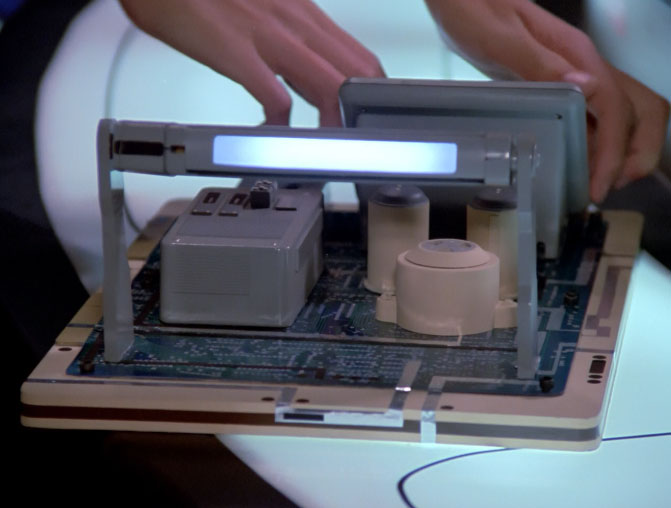 A team at the University of St. Andrews and the Institute of Scientific Instruments in the Czech Republic have created an actual tractor beam that can attract an object toward its light source. The tractor beam is only able to move items at the microscopic level (items like a teeny, tiny Khan?). Nonetheless, this is a major breakthrough.

Unbeknownst to 4-year old me and my UFO nightmares, photons of light actually push against an object. This was first noticed by Johanes Kepler when he observed that the tails of comets are actually pushed away from the sun.

In order to create a beam of light to pull an object towards its source, you need to find a way to reverse the pressure against the object created by light’s radiation. Scientists found a way to reverse this pressure in a way that is proportionate to the properties of the object you’re trying to attract. Therefore, if you want to beam future Captain Picard aboard the Enterprise, the reverse pressure the tractor beam emits must be proportionate to Picard’s size and composition in order for it to work. (Proportionate to his ego, however? That’s another story…)

A tractor beam is convenient for bringing abandoned shuttles aboard your starship, but in this world a small tractor beam can actually benefit efforts in medicine and life sciences. Tractor beam technology could be used to identify specific cells and possibly even provide diagnoses and be beneficial in treatments. I suppose its similar to the multiverse in that the possibilities for a tractor beam on this planet can be endless.

Now, if I’m not mistaken, Kirk’s crew uses a tractor beam in Khan’s first appearance in season 1 of the original series. Well, I don’t know about you, but I’m certainly hoping that one of the future test subjects can resemble Ricardo Montalban.

If you’re like me, you probably wrote in your dream journal/Captain’s Log about how exciting it is when scientists develop something seen in pop culture. If anything, it connects actual intelligent people with us dilettantes. From cosplayers to astrophysicists, we all enjoy fantasizing about what could be, the only exception being that some people wear more prosthetic ears than others.

What piece of science fiction technology would you like to see developed by scientists? A living ship? A time-traveling island? Tricia Helfer’s perfect physique? Share your most wanted piece of tech in the comment section below.