Movies to Watch Before the World Ends on Friday

Rumor has it the world is ending on the 21st and I bet you’re curious about the best tongue-in-cheek way to celebrate Doomsday.

What better way to really “stick it to Nibiru” than to watch some apocalyptic and/or future dystopian movies! I’d like to provide you with some suggestions.

Here’s a disclaimer, however. I’m in no way an expert unless you consider my questionable taste a form of expertise. In which case, let’s be friends forever or until Mayan zombies take over the government. (That IS what’s happening, right?)

Okay, let’s get to the list. After all, a meteor is about to open the Hellmouth and the Winchesters are running out of time.

If you’re a fan of Fritz Lang, I know the “Moroder’s Version” may be a touchy subject, so please accept my semi-genuine apology. Personally, I think this version is scary-fun. This sped-up restoration makes you re-fall in love in Pat Benatar and Moroder’s embrace of the early MTV-style makes this beautiful silent film a great way to go out with a bang. Furthermore, if you have a friend who talks endlessly about post-modernism, this is a great way to shut them up for a while, even though I have no idea if this film qualifies as post-modern. 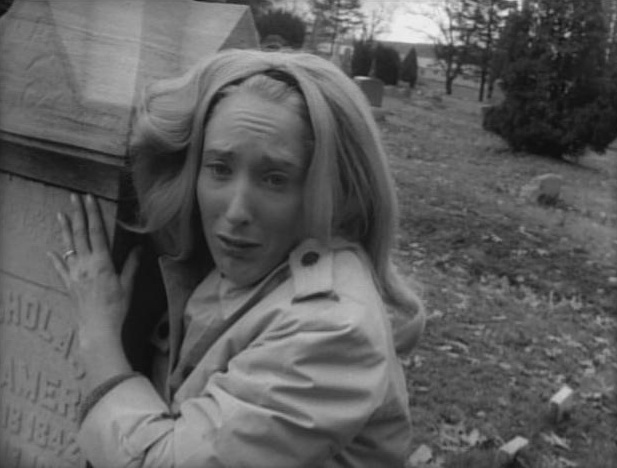 Look, if the world’s ending and you feel the need to watch a George A. Romero flick, why don’t go back to where it all began? It’s certainly not the best zombie movie, I’ll give you that, but if you want to spend your last couple of hours respecting the genre, I would give this a watch.

This movie is so goofy and entertaining and truly helps me to understand the true value of sisterhood until you find boyfriends. Frankly I can’t take my eyes off of Reggie’s amazingly feathered hair and the 8-foot-long zipper on the front of her jeans. As much as I like to consider myself a woman not concerned with materialistic wealth, the truth is if I were in Los Angeles during an ice age and the mall looks completely empty, I would want to partake in a shopping montage, too.

Roll your eyes. I don’t care. I love Tank Girl. A Cole Porter musical sequence in a future dystopian society!? Of course! That makes no sense and I don’t care! Tank Girl is one of those movies that will leave you thirsty with more questions than answers.  Why does Lori Petty sound like a little boy? How come Naomi Watts doesn’t smile as much in her other movies? Why do I find Ice-T dressed as a giant dog to be kind of attractive?

I don’t watch this film as a piece of science fiction, but as a comedy. The scene where John Conner gets Arnold Schwarzenegger to smile for the first time is one of the funniest scenes in the history of cinema.

I was very hesitant about this one because I feel like if Charlton Heston were to meet me in real life, he wouldn’t like me. Also, I hate George Taylor as a character. He has the misogyny of a medieval knight for no reason at all. However, just like when pop culture historians saw it in theaters, that final scene will never cease to take my breath away. Maybe it’s my vengeful side loving it when Taylor gets that comeuppance.

Here are some other films to consider…

… if you have, let’s say, taste: Children of Men, Shaun of the Dead, Slither, The Crazies, Donnie Darko, Monsters, Wall-E, 12 Monkeys, The Terminator, Mad Max 2: The Road Warrior, either version of Dawn of the Dead, Contagion, Day of the Dead, 28 Weeks Later, (okay fine) Independence Day

…if you think about Cillian Murphy’s lips on a regular basis: Sunshine, 28 Days Later, The Dark Knight Rises

… if you didn’t get around to reading the book: Andromeda Strain, The Road, Fahrenheit 451

… if you REALLY have taste: Equilibrium, Battlefield Earth, The Day After Tomorrow, Waterworld, the last two movies of The Matrix Trilogy, Day of the Dead remake

So, I’m sure you’re wondering which movie I’ll be watching on December 20th. I would say it’s a toss-up between Tank Girl and 28 Days Later, but the truth is, I’ll probably be watching The Hunger Games for the zillionth time because I am Team Peeta 4eva.

So, which movies did I miss? Which ones shouldn’t have been on this list? Let me know! (Preferably before the 21st. Thanks!)