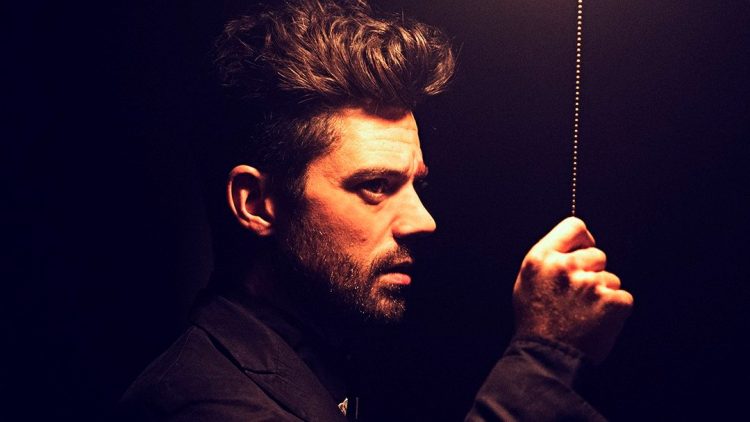 AMC ordered a fourth season of ‘Preacher’ last November, but now it has been announced that that will be this ten-episode cycle will be the last for this series that is based on Garth Ennis’ DC/Vertigo Comics series.

It appears that this decision has more to do with money and behind-the-scenes changes.  ‘Preacher’ was produced by Sony Television and hails from executive producers Seth Rogen and Evan Goldberg.  But the pair recently shifted their Point Grey Pictures production company over to Lionsgate, after signing a “massive” film and TV deal.

For the fourth season, production shifted from Albuquerque and New Orleans to Australia.  Sam Caitlin served as showrunner and executive producer.

‘Preacher’ revolves around Rev. Jesse Custer (Dominic Cooper), a badass Texas preacher who, after losing his faith, learns that God has left heaven and forsaken his duties. Jesse becomes the only one who is able to track God down and hold him responsible for his abdication. Tulip O’Hare (breakout star Ruth Negga), Jesse’s beer-guzzling vampire ex-girlfriend, accompanies him on his quest for answers. Joseph Gilgun and Lucy Griffiths co-star.

News of ‘Preacher’s cancellation comes as word has also arrived that AMC is bringing a third ‘Walking Dead’ series to TV.  ‘The Walking Dead’ shows are produced in-house by AMC, while they had to pay a licensing fee for ‘Preacher’, which has never been a ratings or awards hit.  Along those lines, there has been no mention of attempting to shop the show around to another outlet.

“’Preacher’ is a show unlike any other on television. A passionate base of fans found their way to Jesse (Dominic Cooper), Tulip (Ruth Negga) and Cassidy (Joseph Gilgun) and have followed along with their adventures, at times indescribable adventures, for three seasons.  We are thankful to our partners at Sony and to Seth, Evan and Sam for everything they have brought to this series, which we are pleased to renew for a fourth season. Like the superfans of Preacher, we can’t wait to see where this journey leads next.”

Were you a fan?  Are you sad to see ‘Preacher’ come to an end?

The fourth and final season premiere of ‘Preacher’ arrives on August 4, 2019.

Kevin Smith Tapped To Direct An Episode Of ‘The Flash’

How Will The ‘Star Wars Rebels’ TV Show Connect With The Star Wars Films?