Tension from the past, both recent and distant, is putting strain on Ichabod, Abbie, and Hawley alike.  And what better way to try and cure this strain than Karaoke!  But this little respite is short lived when Hawley gets wind of a deal he can’t refuse. 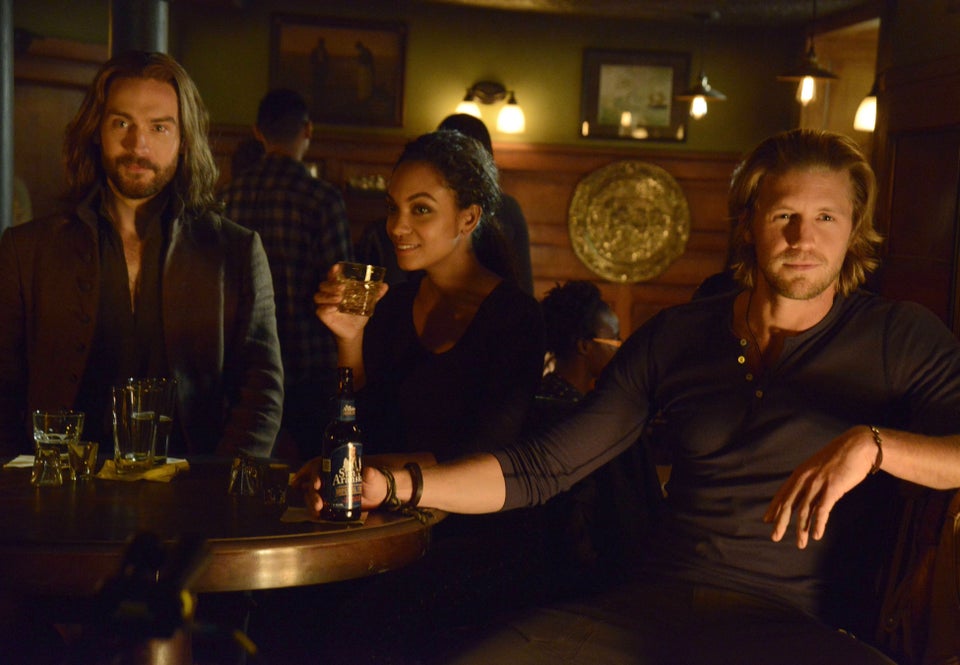 This ‘deal’ turns out to be little more than blackmail by a mysterious woman from his past, named Carmilla, who quickly drags him into a scheme to pull off a heist at the nearby Knox estate. This just so happens to be the very same Knox who had the Fort named after him due to his fascination and skill with puzzle and locks.  It appears to be a task Hawley would turn down in an instant, but Carmilla claims it will help cure a supernatural affliction she has, and he agrees, for reasons we soon learn.

Back with Ichabod and Abbie, a silent alarm alerts her that someone has broken into their archives and they head off to investigate, with Jenny in tow.  Once there, Jenny notices Hawley in the tunnels and runs off to confront him, only to encounter Carmilla with acid dripping from her nails and literal fangs bared.  While regrouping in the archives, Jenny fills the group in on what little she knows about Carmilla and her history with Hawley, specifically that she raised him after his parents died in a car accident. 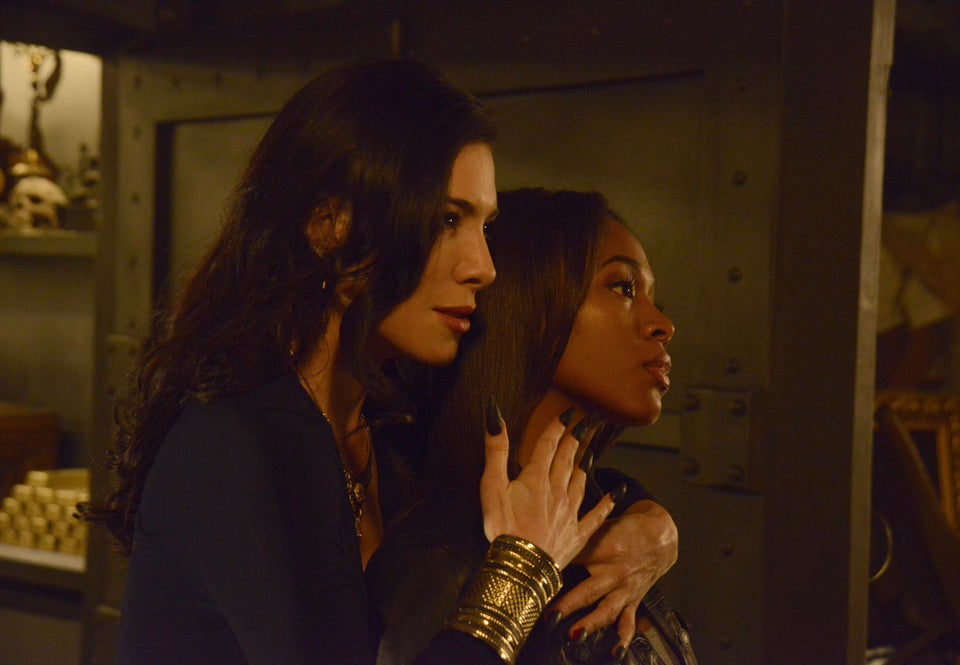 hey piece it together and determine Carmilla to be a venomous Hindu vampire-like creature called a Vetala — and with floor plans from the Knox estate missing, the gang becomes clued in on Hawley’s goal.  They head out with eagerness to intervene, but quickly end up trapped.

Due to a miscommunication and a number other issues, Abbie and Ichabod become Locked in a vault surrounded by reminders of their recent struggles.  After more setbacks, they finally have a heart-to-heart conversation and the bond between them grows deeper once more, as they manage to escape certain death yet again.

Hawley, however, ends up betrayed by Carmilla, the whole plan was just be a ploy to change him to become like her,  so they can live together forever. He manages to evade this but is unable to kill Carmilla due to his conflicted feelings, and she vanishes into the night. Despite this setback, the whole gang manages to escapes through their combined teamwork, and returns for a second celebratory round of karaoke, of course!

All transpiring events aren’t quite so chipper, however.  Irving finally sees Katrina about his strange circumstances of existence, with the outcome of her examination seeming muddled, at best.  His wife, convinced of his purity, embraces him.  This leads to Frank beginning to question himself deeply, as his reflection is absent in the nearby glass window.

Part of Irving is missing.  Which part and what it means for him, and the rest of the gang, are desperately in need of answer.

I fear whatever the answer is, it won’t be good for any involved…