Almost every story has an integral scene where a leader rallies the troops prior to a significant challenge ahead. Whether its the reluctant hero privately preparing for a final battle or a Mel Gibson “bravehearting” an entire army, we as an audience need a speech to summarize what we are rooting for, particularly ones that make us want to shout, “USA! USA!”.

Therefore, in honor of Independence Day (the movie, its sequel and the holiday), here are some of my favorite presidential speeches in sci-fi TV and movies.

Am I using a recent example? Yes. Why? Oh, because President Tom Mason pulls the “this piece of paper doesn’t represent what’s truly in my heart” routine. Classic. It gets me every time.

Morpheus addresses the humans in Zion:

Now, I know Morpheus isn’t technically the president per se. But let’s just say he’s the President of the Matrix. Okay, you got me. I’m just adding this in here because I’m super impressed with the acoustics in Zion.

Do you remember when the ‘Hunger Games’ was made in 1974 and Katniss Everdeen was called Frankenstein and was played by David Carradine?

Now, (spoiler alert) President Frankenstein is, of course, an introverted racecar driver, so I wouldn’t say his “speech” is an official call-to-arms-esque proclamation a la President Bill Pullman. However, what I appreciate is that Frankenstein uses his highly publicized wedding as a platform to inform the American public of his plans for change. However, he truly makes a statement by running over Don Steele.

President Dale wonders why we can’t all get along:

I consider this the most natural and human of the Presidential speeches on this list.

If you ever think to yourself, “If we were invaded by aliens, what would I say to avoid war?”, this would be your speech. However, I’m really sorry it will inevitably be useless.

If you were like me and looking for way to get rid of the bitter taste of ‘Man of Steel’, look no further than this animated adaptation of ‘Superman/Batman’. The direct to video (my favorite genre) is remarkably cinematic and accurately depicts Superman’s sense of humor. Plus, it accomplishes what an isolated Superman actually looks like.

Okay, I feel better.  Back to the speeches.

Lex Luthor becomes President, and we can all infer what happens next. Despite what Lex Luthor stands for, similar to an argument made in the WW2 chapter of AP European History, you just have to admit he’s a really good public speaker. After all, the opening sequence where Luthor makes his inauguration speech resembles some of the images in ‘Triumph of the Will’.

President Roslin addresses the fleet as President after the events on New Caprica:

Though I doubt it was intended to be ceremoniously aesthetic, Madam President delivers a speech once she regains the seat. Though they have a long way to go, it was an important first step into reconciling the divided Galactica crew after the events of New Caprica. She urges everyone to remember their sense of humanity and with it comes forgiveness. What brings a tear to my eye is when we hear the speech over VO and we see Galen take a seat to eat with the once-blacklisted Felix.

President Whitmore addresses the pilots (and our hearts) before the final attack:

Bill Pullman made July 4th not just an American holiday, guys. He made the Fourth of July the world’s Independence Day. Who else can say that? Well, maybe the next one om the list. 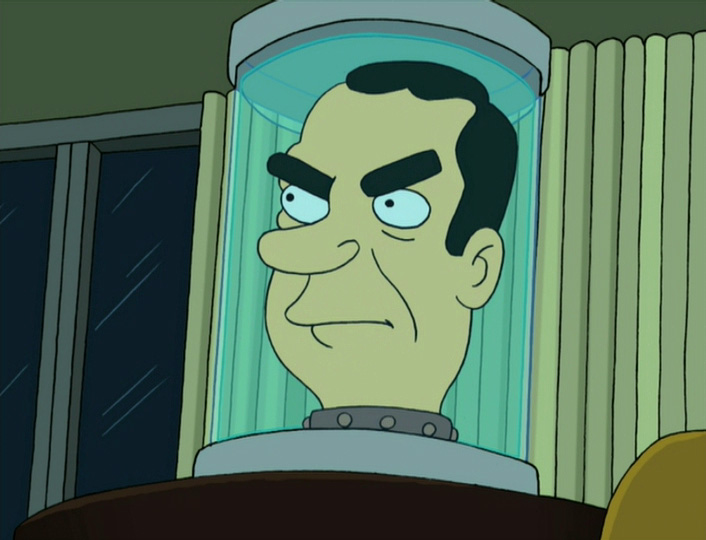 Though targeting the birther movement, this episode includes a lot of great Nixon-isms and jowl shakes. Plus, it has one of my favorite lines of the past couple of years:

“Earth – the greatest planet in the World!”

Nothing is more poetic and beautiful about the state of the Union than this speech. Every presidential speech should start with “sit your monkey ass down”. Simple as that.

Similar to their presentation, I’d like to conclude this list with the greatest president in US history (click the image to watch his speech). Lincoln’s willingness to accept the colloquialisms of the 80’s should be lauded. His speech, though short, triumphs at achieving the goal of any presidential speech.

All good leaders want is one thing:

Be excellent to each other and party on, dudes.

Chadwick Boseman Says His Black Panther Is An Anti-Hero