Last episode we peeked into Louisianna’s past and saw Dolly Priscilla versus Maddelynn’s fight to survive. As expected, the boudoir is talkative, but also quieter—there’s only four left, waiting on a fifth. After tonight, there’ll be three waiting. Dragula is now a numbers game.

Priscilla returns to complete the Top 5, chemical burns and all (from the fetal cow’s formaldehyde!). She explains how her muscles are still sore, the shocks going from “neck to asshole.”

The cold open has the Boulets using a crystal ball to seduce and murder. Their looks are soft, hand soap-pink with jeweled headdresses. One of my favorite looks from this season (though the skit itself is a bit simple and I miss the overindulgent openings of S2). 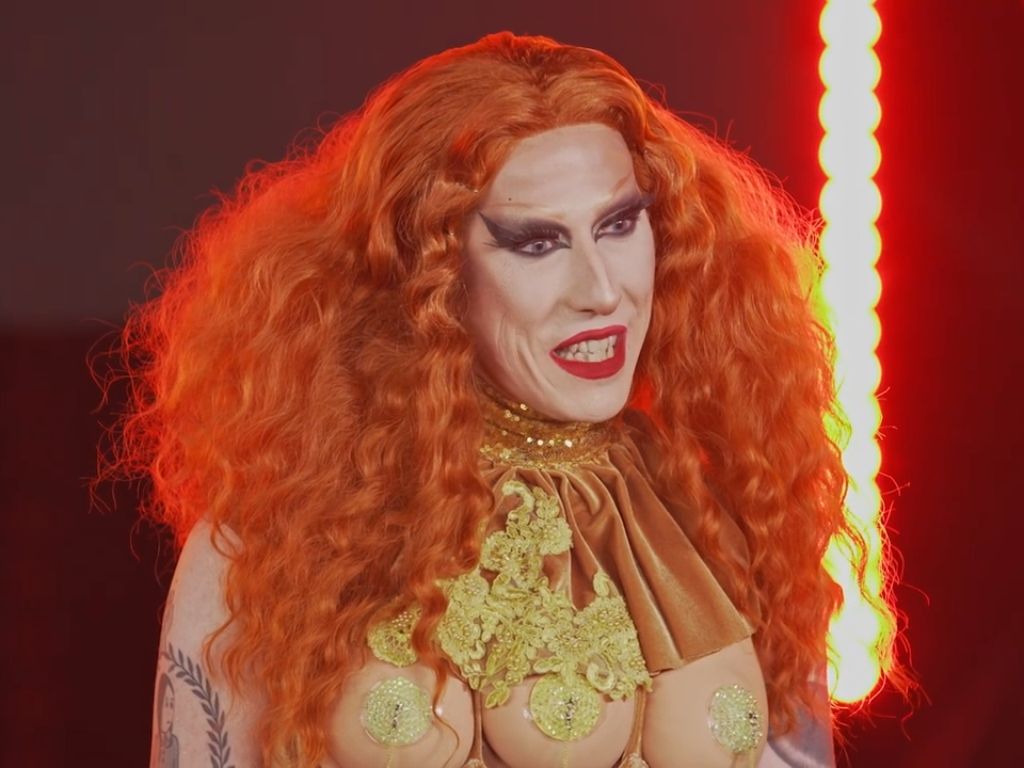 The runway challenge is freakshow contour. The Boulets describe it as, “a sideshow look worthy of being the main attraction.” One stipulation: each competitor must perform a “freakish feat” to shock the audience. Arda Wigs are the sponsor, and the gift ($500 worth).

Evah’s never styled a wig before, and expresses doubt. The overall atmosphere is supportive until Priscilla brings up the key that saved Dollya, and states that she should’ve gone home before Maddy. Dollya cites her record in the top so far, but Priscilla isn’t having it. This is a side of Priscilla we haven’t seen, and it’s a bit of a shock coming from someone who’s been so welcoming to everyone. Obviously this issue was boiling, and all that steam blows free tonight. As Dollya defends herself, the others begin to pile on for her bitchy and dismissive behavior (their words, not mine). Dollya asks for receipts as proof of trifling, but Priscilla can’t produce. “We’ll all see in the end, won’t we,” Louisianna says.

This was the ugliest fight of the season. I’m not a fan of ganging up on one competitor, because it reeks of jealousy, and this certainly did, especially once an unrelated Dragulaworld event is brought up—Priscilla failed to place, while Dollya “didn’t need to place” just to make it on the TV show. Dollya can definitely play the brat, but these attacks seemed to come out of nowhere. The pressure of Dragula is clearly taking its toll. 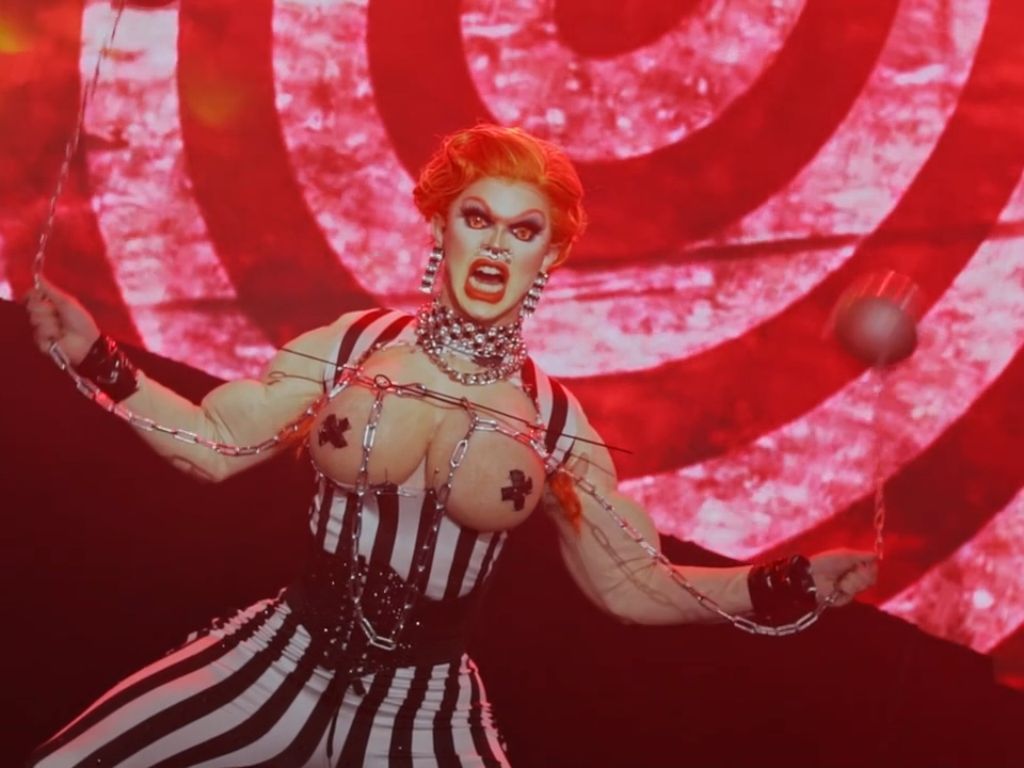 Eventually, talk turns to everyone’s personal Top 3. No one includes Dollya. Evah’s left out of most, with Landon giving her a pity inclusion. I’m still unimpressed with Evah’s contributions, and wish a different competitor was here in her place.

Oh my, these looks! Dollya’s a big-boobed “strongwoman,” and Landon’s a swinging dick (three, to be exact). Priscilla’s embodying the classic freakshow “pinhead” look.

On the runway, the competitors are judged by Drag Supermonster Vander Von Odd and Syfy Channel’s Cig Neutron. Vod Odd looks incredible here, with a wig so sharp that it stabs the moon. Closed Captioning says “Eerie music, children screaming,” and that’s appropriate, as this is Adults Only. Landon fellates a banana and eats glass. Evah is a doll with a face on her chest(?), and Priscilla hammers nails into her nose like it was Dollya’s noggin. And speaking of, Dollya sticks needles through her breasts, and Louisianna has three with pasties, no piercings.

The judges question Landon’s Long Dong Silver look (“Have you ever seen a penis?”). Priscilla’s execution is lacking (not dirty enough) and is once again outshone by her companion prop. Much to the chagrin of the others, Dollya receives high scores. Evah’s not so lucky, and is on the bottom once again, along with Priscilla and Louisianna. It’s been a while since we’ve had a three-person extermination challenge, but like I said, this is a game of numbers. 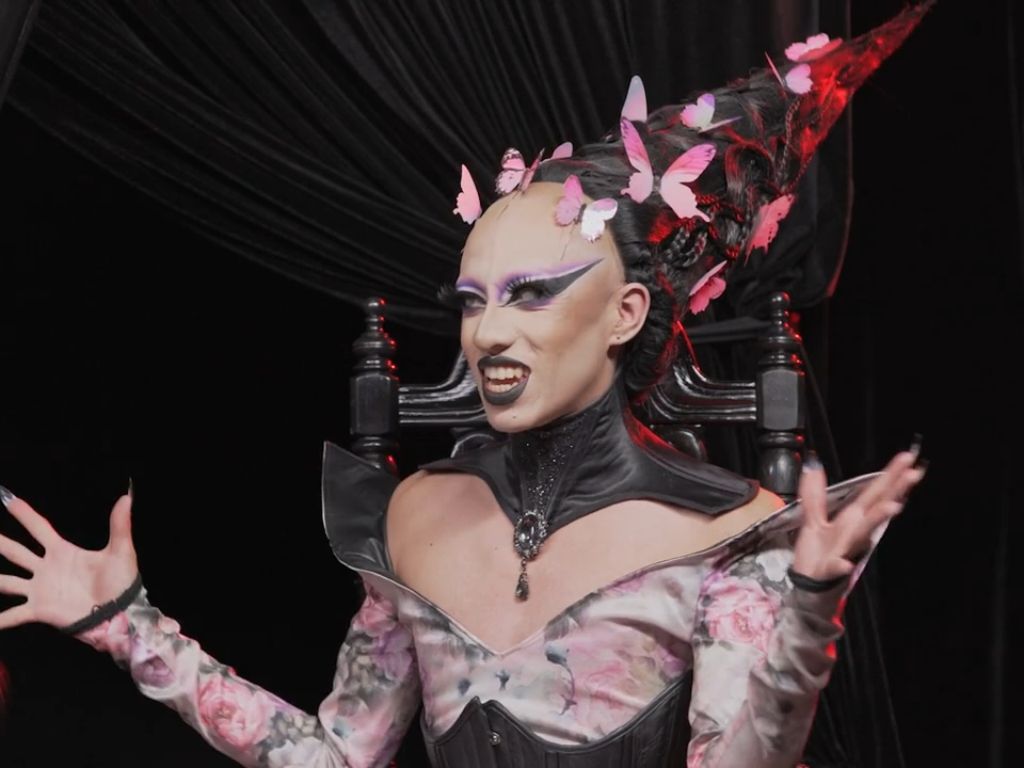 But before exterminations come the uncomfortable “who should go home” questions. Priscilla repeats herself. Landon votes Priscilla. Evah comments on not being herself (according to friends), and how she’s trying to overcome that. Dollya expresses her new confidence and refuses to be a “passive little bitch” anymore. 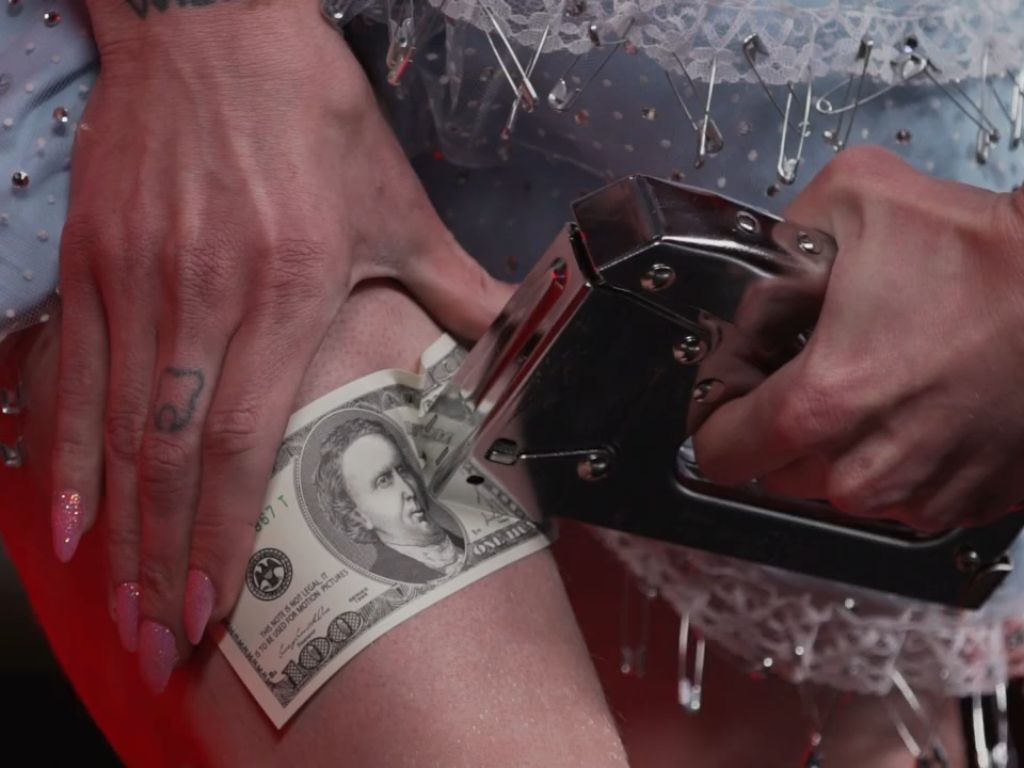 Extermination comes in the form of a staple gun. Who can staple the most dollar bills to their flesh in one minute, and show their “freaky skills” sideshow act? Louisianna is very unhappy. She’s not a fan of pain, and prone to passing out from the sight of blood. She’s terrified but determined to do it. 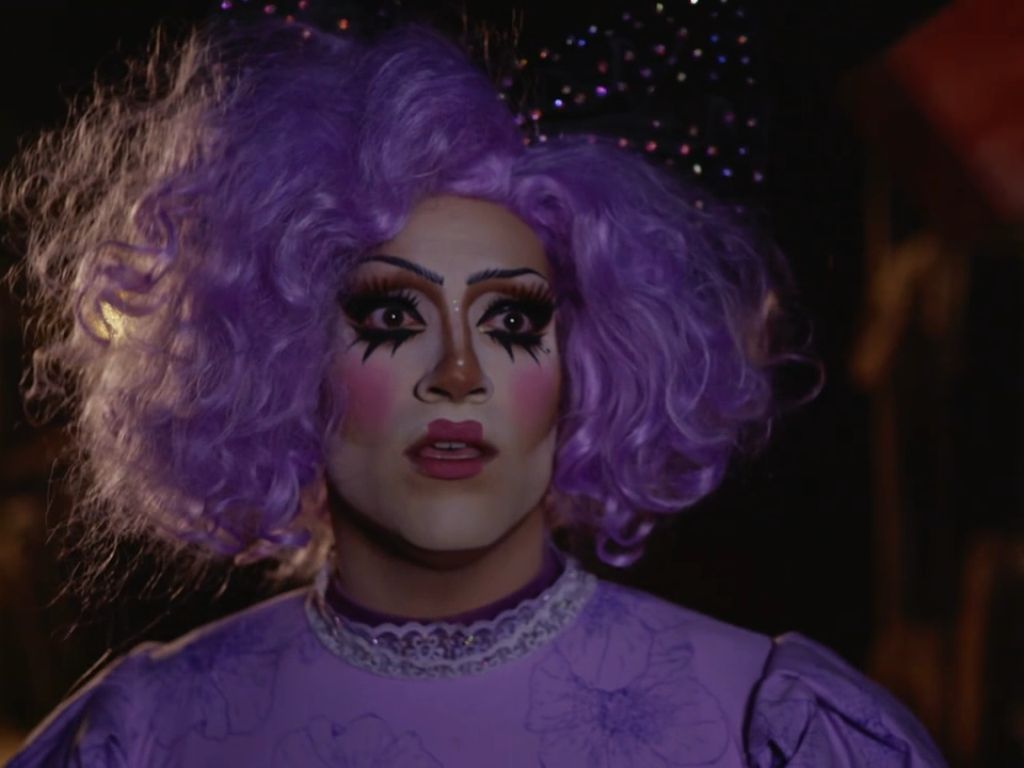 True to her word, she does, but in a scary moment, passes out while stapling herself. Von Odd and staff members catch her as she goes down. With a heartbeat over the soundtrack, her fate is unknown as we cut to the extermination. It’s Evah who gets bludgeoned on the Strength Test hammer gimmick. The bell rings. We have four.