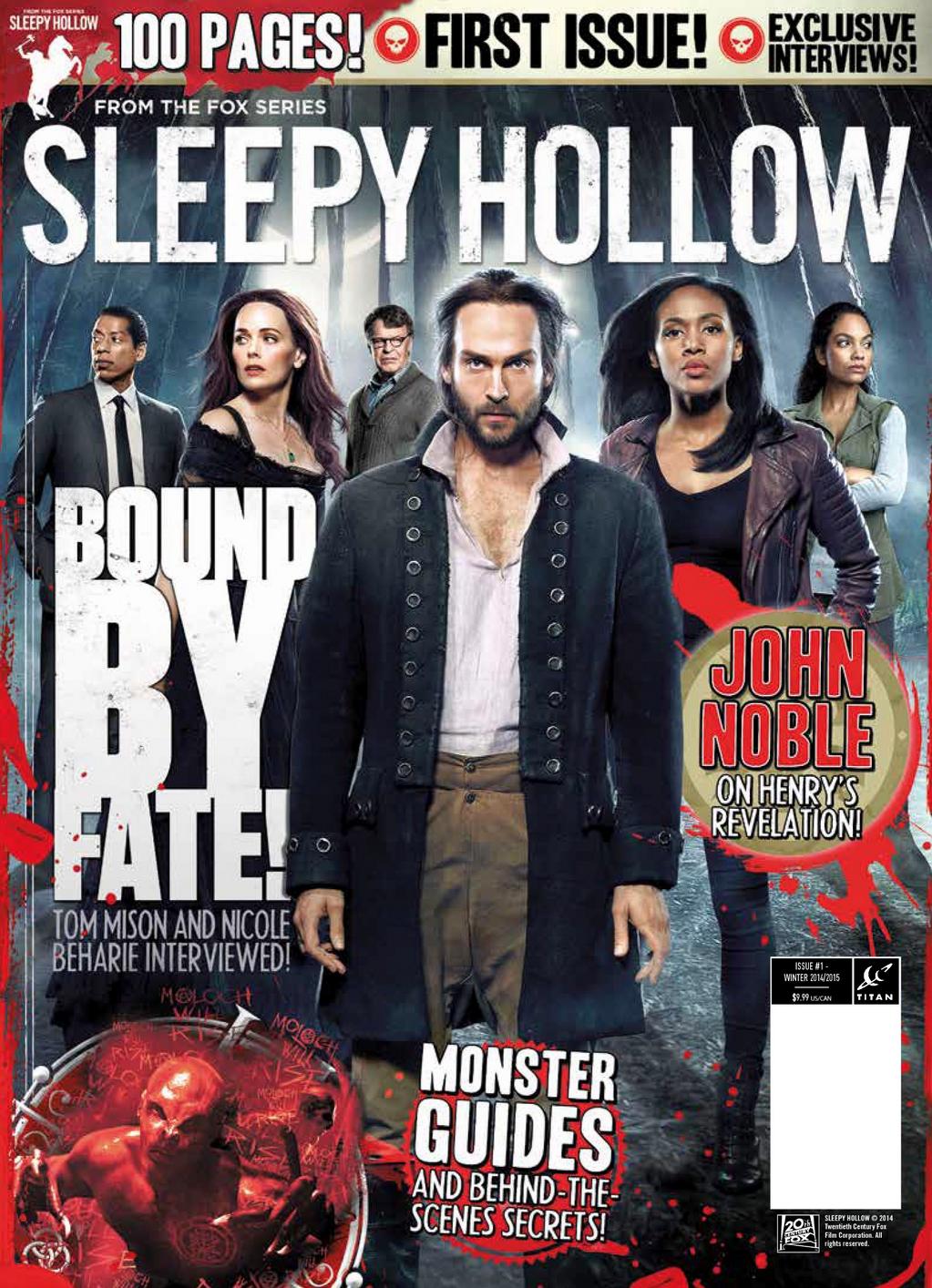 Back in the fall of 2013, a modern day retelling of the legend of Ichabod Crane and his battle with the Headless Horseman sounded like a sketchy concept at best, even to the most heartened of tv-phile.   That it is halfway through a powerful second season and branching out strongly into other facets of media is a testament to all the effort and faith bestowed upon the show.

This is exactly what the inaugural issue of the series’ magazine portrays. In one hundred beatifically designed pages, Titan covers everything from a Season One overview, interviews with every major member of the cast, and even goes into the creature creation for the series.  The in-depth section about the creation of the Scarecrow and Golem monsters was may favorite and made for a well detailed read.

A trademark of ‘Sleepy Hollow’ has always been the carefully crafted character relationships, and whether you care to learn more about the strained love between the Mills’ sisters, Ichabod and Katrina Crane’s conflict, or the inner workings of the twisted mind of Henry Parish, there is much to dive into.  There are also brief, yet charming, shout-out’s to the dedicated ‘Sleepyheads’ who follow the show so carefully, and learning of the other books, comics, and other lore of the universe was a welcome surprise. The balance between humor and nitty-gritty is handled just as well as the show and really lets fans dig deeper into this budding mythology, without seeming heavy-handed or detail rich.

Whether you are a steely ‘Sleepyhead’ who can recall every line from each episode, or just someone who enjoys the wit and war of Ichabod and Abbie Mill’s tale, you will find much to enjoy within these pages.