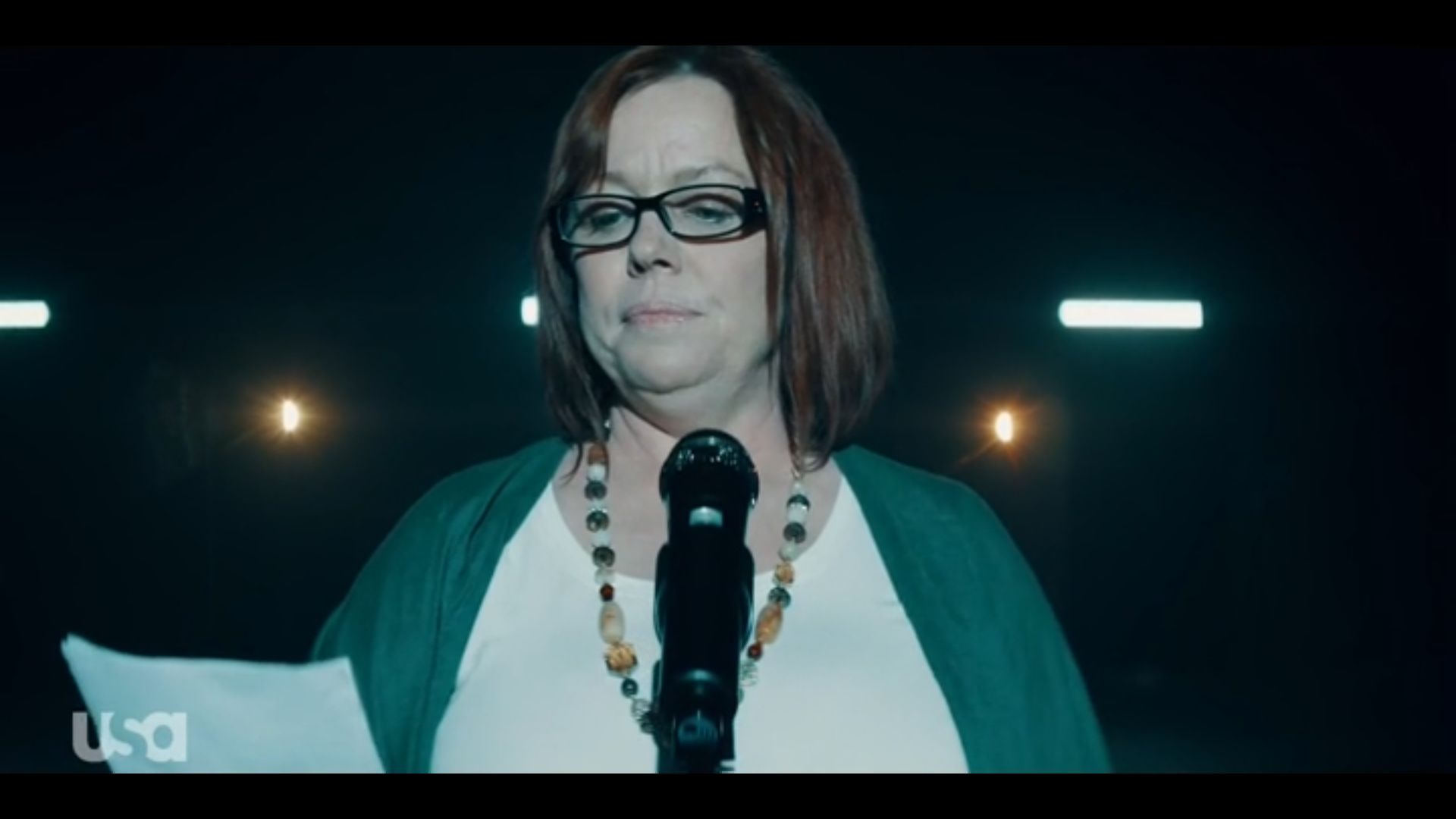 Finally, after all this time, the origin of the Purge announcement voice can be told! Auditions were held, and a New Founding Fathers of America committee decided on a friendly woman who first stumbled over the words “including murder.” She doesn’t know what the voiceover is for. She’s yet another of the nuts and bolts that keeps the machine running. What does she think when she hears herself advising to take cover? Is she even around to hear it?

Welcome to Season 2 of ‘The Purge.’ This story is rumored to take place during the downtime and daylight, but we begin when purging is in full effect, but winding down. Esme (Paola Nunez) works for the NFFA Surveillance Center in New Orleans, where she’s helping to steer a recently promoted worker, Vivian (Charlotte Schweiger) towards a productive work night. Esme assures her that things will go just fine, despite a fellow worker vomiting from exposure to death on camera. Their job requires them to look for felonies during the chaos, because not everything is legal. Especially bombs. She notices a would-be, and explains how remote detonation will take place. If there’s anything left of the man, then he’ll be brought up on charges. Terrorism is still terrorism in the world of the Purge, and she’s here to punish the ones who step out of line.

Like S1, there are a number of characters caught up in their own world. Marcus (Derek Luke) and Michelle (Rochelle Aytes) just want the night to end, sleepily hanging out in their bed (is the day after Purge a rest day? Imagine going to work right after the siren blares). Their night is ruined when the protective shutters come up, and in slips a gunman. 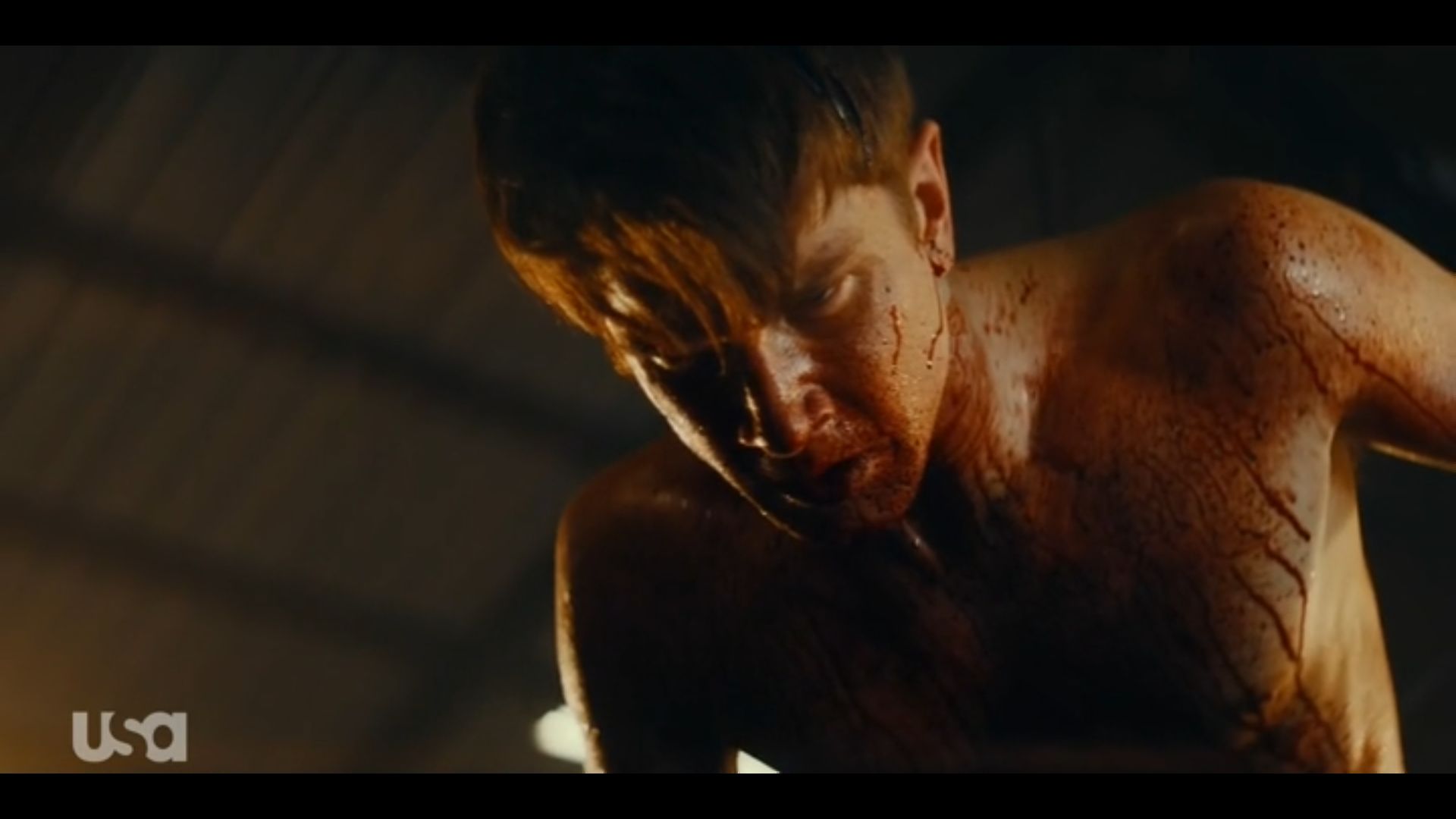 Meanwhile, two college boys are out to “scavenger hunt” a dead body photo for their fraternity. Ben (Joel Allen) isn’t too enthusiastic about this, especially once he gets left behind by his brother. “Bait” is a common tactic here, and he gets snared for his curiosity by a man wearing a “god” mask, an image that’s very associated with the films. When the masked man begins to unbuckle his pants, Ben retrieves a knife and go Rambo on the guy. He seems to recognize “god’s” identity, but the show keeps this a secret for now. 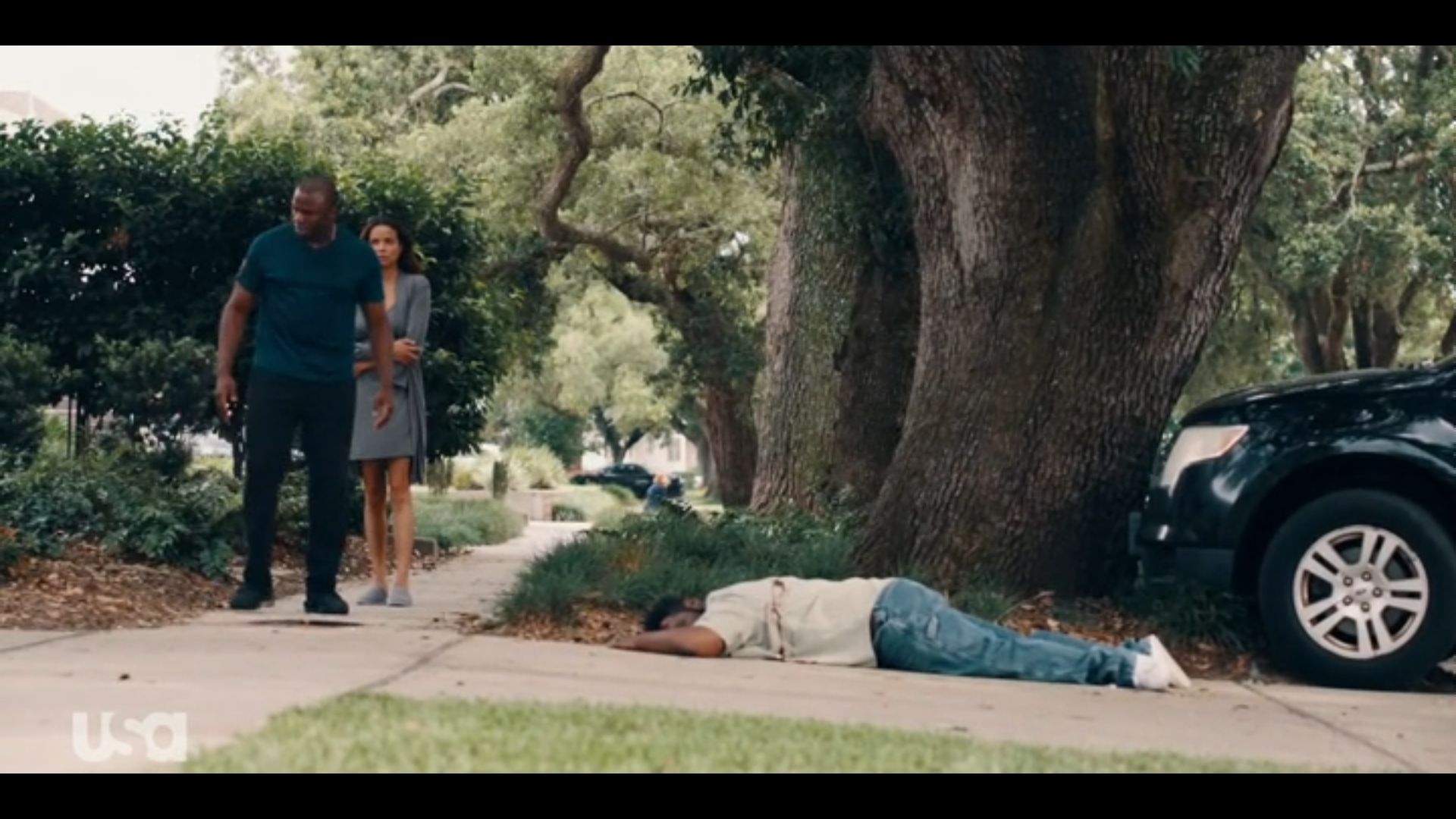 Oh, and there’s a bank robbery going down, led by Ryan (Max Martini). They have to fight off rivals, who then try to rob them. When one of the crew takes a bag just after the night’s called off, the NFFA surveillance is on them, replaying the “photo finish” like it’s the Super Bowl. Was it legal, or seconds too late?

The women of the Purge are much more intriguing than the men. I can only watch so many badasses navigating chaos before I’m bored. I think it’s safe to say men have it easier on this night, though the attempted rape of Ben by “god” does answer a question I’ve always had. But as established last season, the amount of assaults on women outnumber men by a large margin. To survive, women have to be smarter, often expressing a duality of moral character, whereas the men are either noble, or psychos. Last season’s Jane (Amanda Warren) had by far the most interesting story due to her own complications. 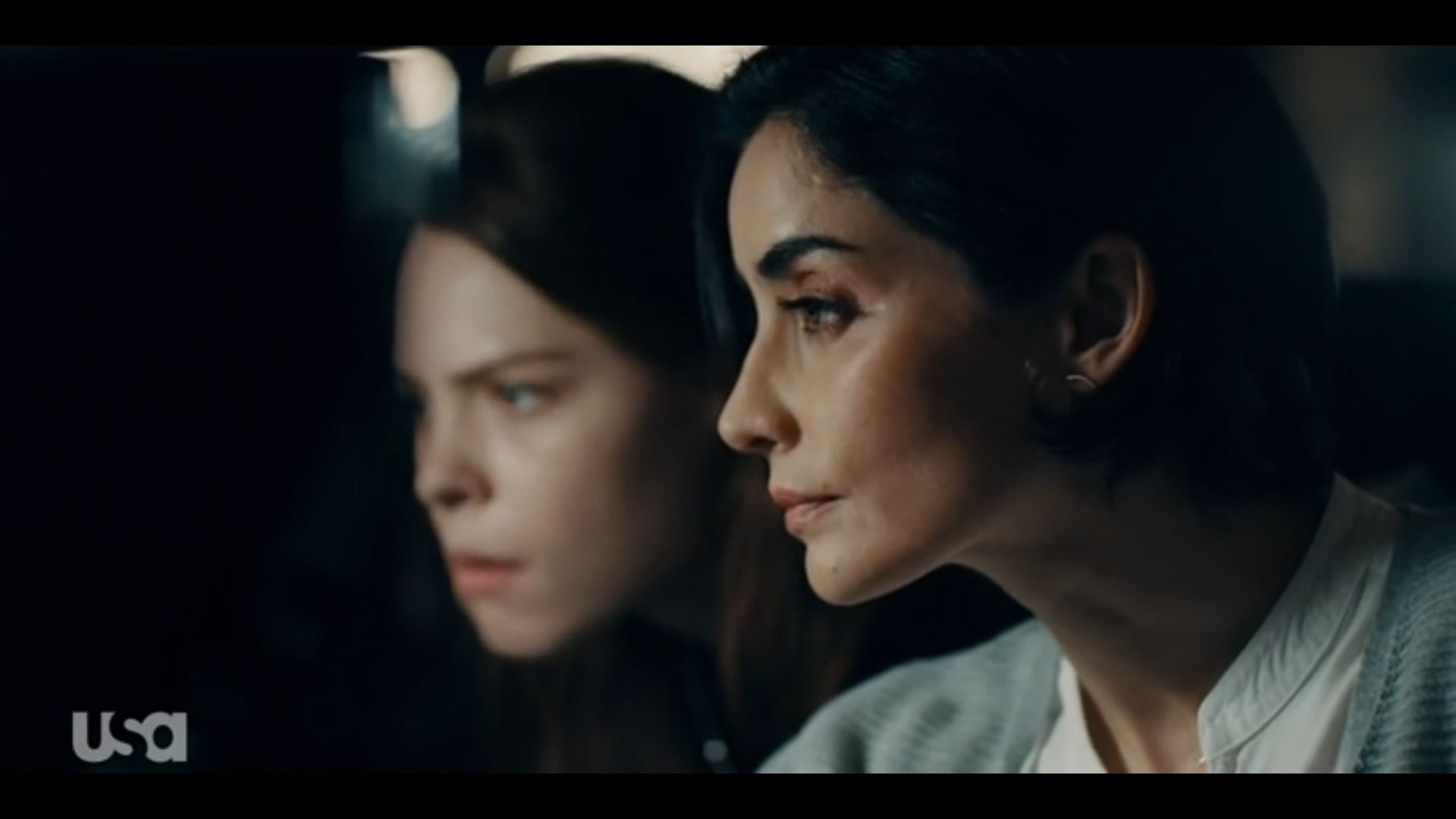 I’m excited by the prospect of seeing Purge off-days. After several movies and one season, the preparation is ultimately more compelling to me than the climax of said plans. This setup should also give the writers more room for character development, and hopefully more humanity to our protagonists. As I’ve said before, the Purge only works if we care about the characters; otherwise they’re just scene dressing for a body count.

The Purge is over. Next time we’ll get on with our lives again. Only 364 days until the next one.

D23: Could ‘Noelle’ Be Your New Disney Holiday Tradition? Check Out The Trailer And See