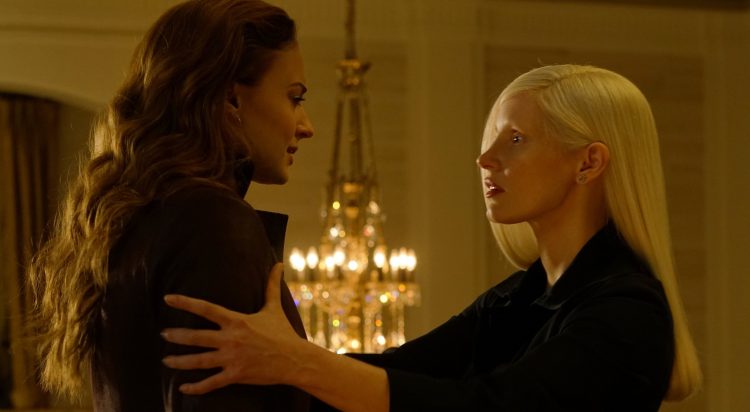 When you watch ‘Dark Phoenix’ and end up feeling disjointed, it could be that the script was constantly being rewritten while in production. This detail came from Sophie Turner and Jessica Chastain who shared how many changes were happening the night before scenes were being filmed by writer and director Simon Kinberg.

While our ‘Dark Phoenix’ review was positive, it also reminds us that “the X-Men franchise get away with a lot of dumb storylines and confusing plot twists” and that the film can be “a bit confusing” and make you “wonder why story fragments start up but aren’t resolved.”

Well, this could very well be the reason to blame.

Of the continually evolving script, Turner shares “Simon and I would sit down for two hours every day and just comb through each page of the script’ and that “there was rewriting being done all the time.” Chastain was quick to add “You could have a conversation and something comes from that, and then the next morning, Simon would show up to work and say, ‘hey, I wrote some pages that I think could be interesting for this direction we’re going.’ ”

While this allowed for a more fluid story that included additional input from the actors who have been playing these roles for years, even our reviewer who loved it shared the exact reasons mentioned could frustrate audiences.

Did you see an advanced screening of ‘Dark Phoenix’ or are reading this after seeing the film and enjoy it? Do you feel that some of these last-minute script rewrites could be to blame for portions of the story not feeling resolved? Share your thoughts in the comments below, True Believers!