In a Brooklyn restaurant, a young waiter named Jason makes a bold move to impress a financial mogul.  Flash forward five years later, and Jason is now a favored employee of the same mogul, Oliver Clarion, and is enjoying  the benefits of wealth beyond his imagining.

Of course, Jason is found dead in the river waters the very next day.  After a brief, and groaning inducing, sequence in which another medical examiner continually determines the death as accidental, Henry returns to work and quickly deems the death a murder. 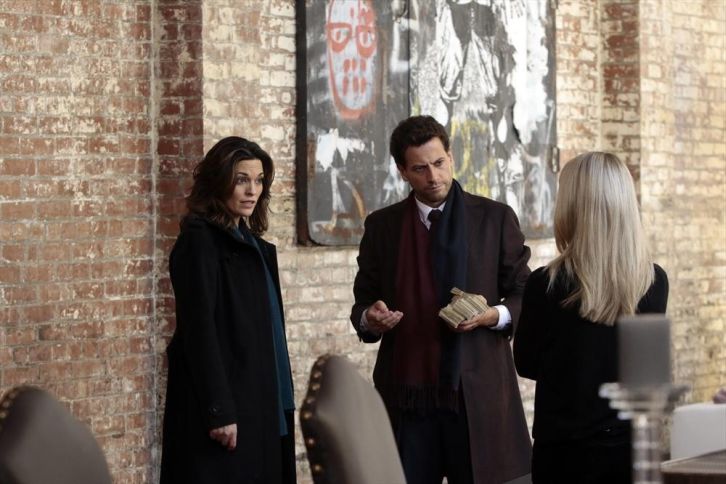 se becomes personal when Henry discovers the victim was the son of an old war buddy of Abe’s.  While speaking to Jason’s girlfriend and examining his apartment, Henry deduces the location of a hidden stash of money in the floorboards.  One hundred grand is stored there, the purpose for it unknown.

A trip to Jason’s office yields more vague clues when the pair discovers blood on the carpet and hears tales of an altercation between the victim and a client, who also happens to be a childhood friend of his.  Before Henry and Jo depart, Oliver delivers a ferocious speech that for no explicit reason causes them to consider every single person in the office a suspect.

Despite this, they determine Jason’s former friend the most likely suspect, and when they discover bits of his recently acquired Aston Martin in the man’s auto shop, he is quickly apprehended. Naturally, the suspect denies murdering Jason, and states the man who drove the car was someone else entirely.  The shop owner identifies the driver as none other than the man who took Jason’s former position at the office, Val.

Questioning Val leads to his confession of disposing the body when he received a call from Oliver, but denies any involvement in Jason’s death.  When Henry and Jo investigate Oliver’s home, they find the pool to match the water found in the victim’s lungs and glass in the filter the same as bits embedded into Jason’s scalp.  All signs point to Oliver, but just as the pair closes in to arrest him they receive a call from the chief:  Oliver’s assistant has confessed.

Despite it obviously being a pay-off, Jo and Henry quickly concede defeat.  Thankfully, Abe was able to obtain some documents of Oliver’s with the help of his army friends, and hard facts that Oliver’s entire business is nothing more than a giant scheme present themselves quite clearly.  Unfortunately, the method in which they were obtained would be of no help in court, but Henry determines that the secretary is unaware of this and is able to have Jo manipulate the woman into revealing Oliver as the murderer.

The police rush to the office and find it in a state of utter chaos as Oliver attempts to flee.  The pair apprehends the killer, but not without Henry placing himself directly in danger for the second time in as many days.  With the villain in custody, Henry and Jo bond over their shared experiences and the struggle with their conflicted feelings.

As Henry grows more reckless with his actions, one can only guess the direction his character is meant to progress in.  Perhaps he is intended to remain in eternal flux.

Scott M. Gimple Teases The End Of Season 7 Of ‘The Walking Dead’ And Promises No Cliffhangers