‘Terminator: Genesis’, the fifth film in the series, has begun principal photography in New Orleans.

Paramount Pictures is being very tight lipped about the plot details, but as with any blockbuster, the rumor mill is running overtime. Even the Man himself gave us a look inside in a recent interview with MTV:

“”Terminator’ deals a lot with time travel, so there will be a younger T-800. And then what that model does later on when it gets reprogrammed, and who gets a hold of him. So it will be all kinds of interesting twists in the movie, but I feel so good.”

Schwarzenegger himself is obviously very excited about the project, though he admits the action scenes will most likely be more challenging this time around;

“I was upset that I couldn’t be in the fourth Terminator, because I was governor (of California), So they did the fourth one without me. It made me cry a little bit — but I did say, ‘I’ll be back,’ so now I’m back again and it’s going to be really terrific.”

Schwarzenegger goes on to say:

“It will be challenging because it will be a new director, and it will be a really action-packed movie,” Schwarzenegger said. “And sometimes it does get more difficult when you’re 66 years old and doing this kind of action, versus when you’re in your 30s or in your 40s.”

The newest film is said to be the first in a new trilogy, which is exciting news for Terminator fans everywhere! I remember renting the original waaaaaaay back in the ’80’s countless times, I can’t even begin to count how many times I watched it. Is it any wonder the film made such an impact?

Production is scheduled to continue shooting through August 1, with a tentative release date of July 1, 2015. In the meantime, check out these first images from the set of ‘Terminator Genesis’ of the former Govenator below! 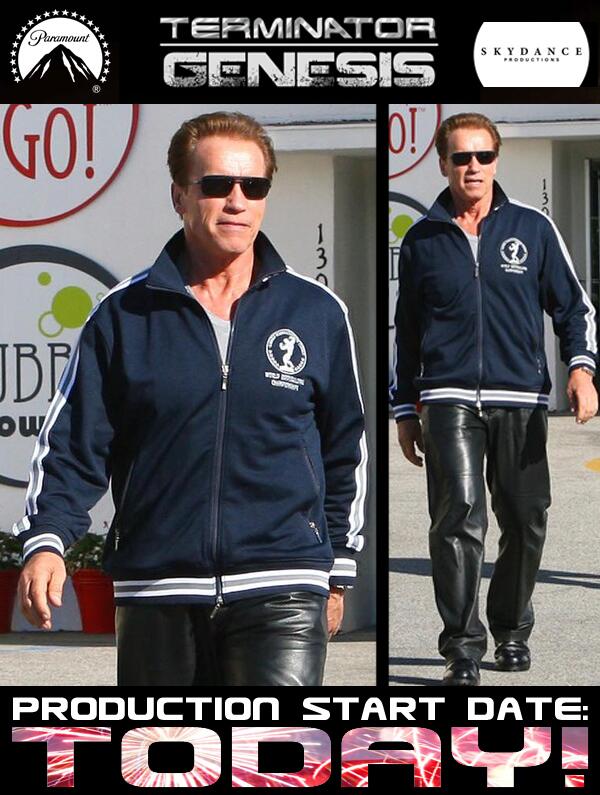 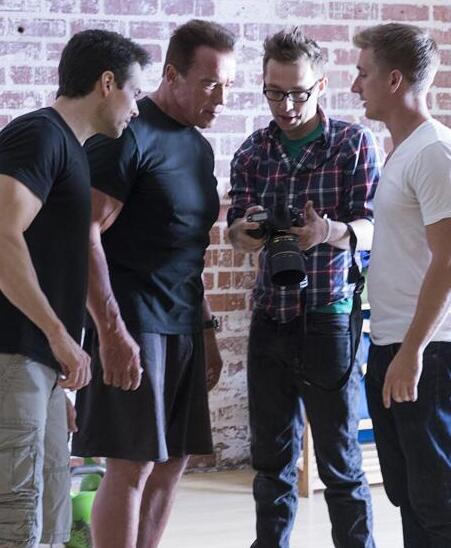 ‘The Avengers’ Director’s Cut In Theaters By August?

First Look At New Costume In ‘The Amazing Spider-Man 2’